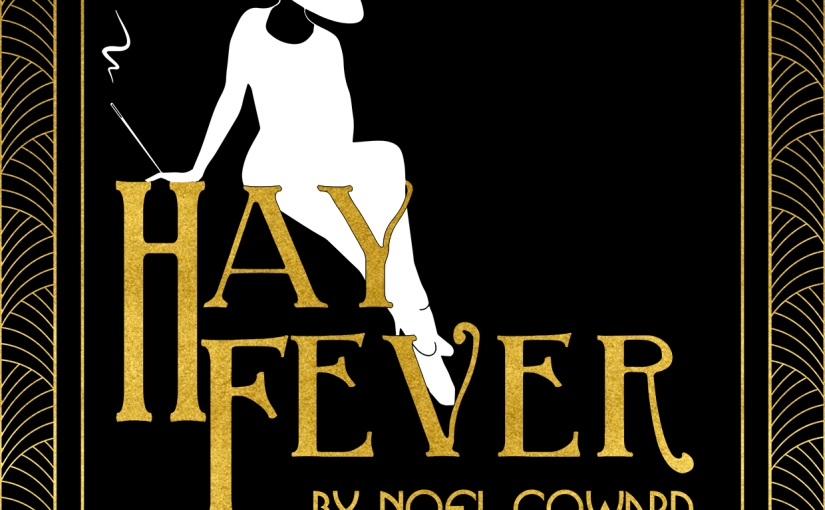 Meet the wealthy, self-obsessed and eccentric Bliss family; grande dame of the stage and mother Judith, novelist and father David, and their two children Sorel and Simon. Each has invited a guest to spend the weekend at their country house in rural England – and each has neglected to tell the others. Needless to say friction and hilarity ensue in this classic British comedy of manners.

As we enter the new decade EGTG takes us back 100 years with Noel Coward’s Hay Fever. Inspired by Coward’s acquaintance with silent film star Laurette Taylor, Hay Fever has been popular with audiences since its premiere in 1925, remaining relevant with its astute observations of family life and human folly.

Director Martin Foreman (The Rose and Crown, Volpone) says this about producing the play for a new Twenties audience:

“After a year of social upheaval – which looks likely to continue in 2020 – I want to present a play that is purely entertainment for the audience. At the same time, I like a challenge. Coward’s work is deceptively easy, but it depends on razor-sharp performances which create strong, distinctive characters. Everyone on the stage takes themselves very seriously, but the combination should make the audience laugh. Luckily, we have a very strong cast and I am confident that The Master, as Coward was known, would approve.“

EGTG has earned a reputation for attracting some of Edinburgh’s best acting talent, and with Hay Fever the company is delighted to introduce newcomers to the group Lorna McGregor, Angus Tikka and Lois Williams; as well as some more familiar faces with appearances from Wendy Brindle, Hilary Davies and Angela Harkness Robertson.