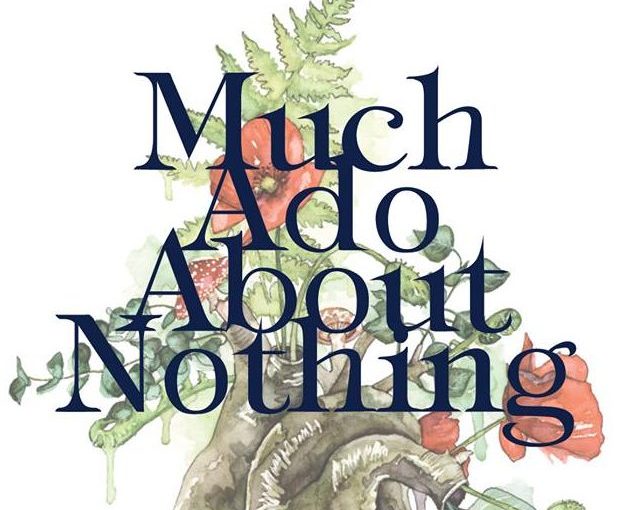 The Prince and his courtiers, returned from the Western Front, have come to visit Leonata and her household.  Upon arrival, Claudio falls madly in love with the fair Hero and sets out to woo her. Not content with their own joy, they conspire to bring their long-suffering cousins Beatrice and Benedick together.  But love is a battlefield and Dame Joan, the Prince’s misanthropic illegitimate sister, won’t be content until everyone’s new-found bliss has been shot down. Her weapons, a slyly whispered word at a masked ball and shadows viewed at the window, threaten to undo everyone’s happiness.  But all is not lost as curtain twitching, busybody neighbour Dogberry and her hen-pecked husband may yet hold the key to everyone’s happiness.

Will true love conquer all?  Will Joan’s plot be uncovered?  Will Beatrice and Benedick ever stop bickering?!

Director David Grimes (August: Osage County, Who’s Afraid of Virginia Woolf, The Ladykillers, Travels With My Aunt) continues his recent run of comedy with one of Shakespeare’s most classic examples. Grimes has taken the classical post-war setting of Shakespeare’s original script and brought it forward to conclusion of modernity’s most brutal battle, World War II. He has aged Beatrice and Benedick to sexagenarians, giving their shared barbs possibly an added bitterness, but also a much sweeter close to the play.

“Much Ado has always been one of my favourites of the Shakespearean comedies. As someone who has personally come to love somewhat later than traditional convention might dictate, I want to show via an older Beatrice and Benedick that mature love can be just as heartbreaking, complex, and rewarding as teenage passion.  The maturity of the performers and performance adds an extra level of piquancy to the well know will-they-won’t-they romance.”

In addition to a six night run at the Edinburgh Festival Fringe, EGTG’s rendition of Much Ado About Nothing has been selected to be performed at The Dell in Stratford-Upon-Avon as part of the Royal Shakespeare Company’s 2018 summer season of free open air theatre. Grimes and his cast will put on two performances at 12 Noon and 3pm on Saturday 18th August.

EGTG has earned a reputation in recent years of attracting some of Edinburgh’s best young talent, Abbye Eva, Debi Pirie and James Scott, who are joined in this production by some of the group’s stalwart performers with Hazel Eadie and Chris Allan as the warring couple.

Much Ado About Nothing